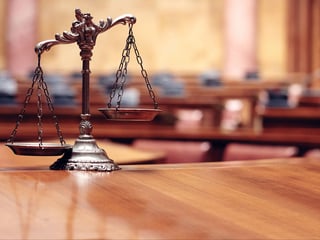 There is a saying that states “marriage is a business” and when looking at it from an estate planning point of view, that is the case. Especially when you consider today’s high divorce rates. In fact, the divorce rate has gone from 50% up to about 64% in recent years, so, when you have created a sizable estate, marriage really is serious business.

The fact is, we want to give ourselves protection on a go forward basis because we need to plan for decades and decades of retirement. It is no surprise then, if you are going into your second or third marriage, or even your first marriage late in life, that you have a few questions regarding available opportunities and techniques that can protect you, and the wealth that you’ve created, when contemplating a new relationship.

The primary document used for this purpose is a domestic contract, often referred to as a prenuptial (prenup) or postnuptial (postnup) agreement. As the names indicate, you can implement this document at any stage in your relationship but a lot of people will be well advised to implement it before they get married, as a prenup, so that expectation have been well defined going into the marriage and both parties have a strong understanding of what the rules are if there is a separation or divorce.

That being said, if you are already married and didn’t get around to doing it beforehand or if there a reason has surfaced to make you think, “I should have a contract in case of a divorce”, it is not too late. You can still create an agreement, known as a postnup, that will define the rules and the obligations that one party has to the other in the event of a marital breakdown.

To illustrate the benefits of a prenuptial agreement we will look at a recent case between Kim Kardashian and Chris Humphries. Chris Humphries is a professional sports athlete who is likely quiet wealthy in his own regard but not nearly as wealthy as Kim Kardashian. The marriage was only 72 days long. Very, very short, even by Hollywood’s standards and a lot of affluence was at stake.

The litigation that resulted from the dissolution of marriage lasted for about a year - one party wanted a divorce, the other was seeking an annulment and eventually there was an application, by Chris, to try to get some of Kim’s money. Fortunately, a prenup was drawn up prior to the marriage and because it was upheld, Kim did not have to provide any portion of her wealth to Chris.

This case worked out well for Kim Kardashian but, there are a number of reasons that an ex-spouse can try to overcome a prenuptial. First and foremost, there has to be a full disclosure of the assets so that the party giving up the claim can give full consent, knowing full well what is at stake. As a result, one of the more common attempts to nullify a pre-nup is to say, “I didn’t know what was at stake”. To ensure your ability to contest this statement, rights that are granted under statute and equitable law state that your soon to be spouse has to know exactly what they are giving up if you want them to release claim over your property. So, the spouse who is looking to protect their estate has to be forthright and very transparent regarding the listing of their assets, what they are worth, and what they plan on sheltering from the dissolution if it were to occur. In doing so, the other party is able to give full consent.

The second most common claim is, “I didn’t understand what I was doing”. The reason this comes up is because the law, by way of statute and equitable principles, will give a divorcing parties certain rights that allow for a balanced agreement. The fact is, a marital contract is not a form you simply download off the internet, present to your spouse or intended spouse and then assume it will be upheld under scrutiny. It is a much more complicated process that requires legal guidance. There has to be an independent lawyer advising each party with respect to what the law is, what the agreement says and how they are different. They also look at the suitability of the transaction.

For example, if one party has substantially more assets, or more bargaining power so to speak, that has to be considered and independent legal counsel should examine these issues and perhaps make changes to the initial draft so that it balances power in some way. Ultimately, legal guidance is necessary so that everyone involved can make an informed decision as to whether you want to move forward. Without two lawyers, one for each party, the contract won’t be upheld.

Lastly, the contract has to be conscionable – it has to have an element of fairness to it – there are lots of ways to do this. An example would be giving certain concessions in the agreement. You can say, “In the event of a divorce, I will pay you a certain amount of support for a certain period of time”. This is another area that independent legal counsel plays a large role in. They ensure fairness.

Ultimately, fairness is the goal. When entering a marriage, nobody goes into it thinking, “We are going to get a divorce” but after all is said and done, we need to make an educated decision to protect our assets so that we can maintain our quality of life as we grow old. That is why both parties should have the objective of doing it correctly and effectively with the help of independent legal counsel – to ensure the contract is fair and that it will be upheld through the court systems.

That being said, even if all the above steps are taken, there is always a minute risk that your marital agreement will be over turned. So, depending on what’s at risk, it is also recommended that affluent families use one other planning technique and that is a trust.

To find out more about trusts and how they are used to protect assets during a divorce, see our blog on How A Trust Can Protect Your Assets From Divorce.

To begin designing your comprehensive estate plan, and secure your estate, come in for your complimentary consultation.